The Venus Rosewater Dish at Wimbledon - What’s the story behind it? 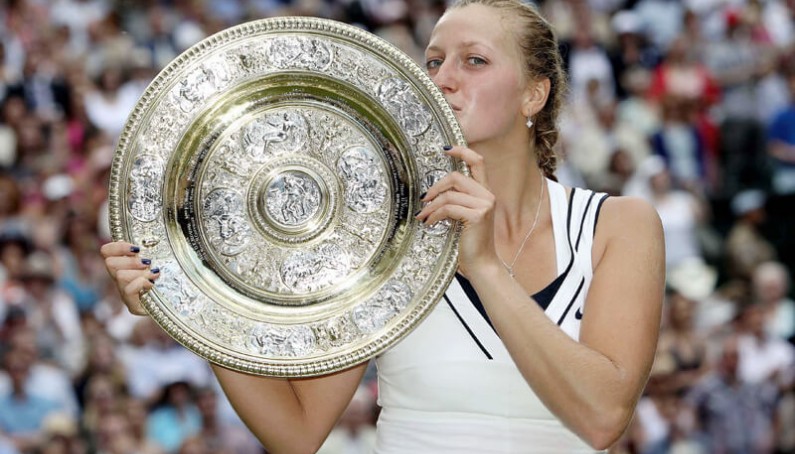 The women’s Wimbledon tennis finale award is one of the world’s most famous and identifiable trophies. Officially named the Venus Rosewater Dish, the award is presented to the winner of the ladies singles tennis each year.

The unique and distinctive design generates curiosity for watchers of women’s tennis who are unfamiliar with the trophy’s origin. Why are the ladies presented with a plate? Where did it come from?

What is a Rosewater Dish?

A Rosewater Dish is designed to hold rose water, a popular perfume in the 16th century. Made popular by Elizabeth I, the rosewater perfume became a well-known fragrance and flavour of the age. The scent remained popular for hundreds of years, before falling out of fashion with the British in the 1960s.

Throughout the 1600s, rosewater was popular with the social elite, present in the food they ate and the perfume they wore. The Rosewater Dish was used between courses at fine-dining wealthy dinner parties. Servants would pour rosewater over the hands of guests at the end of a meal or between courses, which would drip into the platter which became known as the Rosewater Dish. The show of opulence quickly became a status symbol, where owners of the dishes had them engraved with elaborate florals, coats of arms and patterns. The beauty of the dishes meant they were used for decoration and admired well after the rosewater tradition became obsolete.

How was the Venus Rosewater Dish made?

Manufactured in 1864 by Birmingham silversmiths Elkington and Co, the dish was created from copper coated in silver. Coating one metal with another was extremely difficult during this time and was done via a complex, state of the art technique known as electroforming.

Now known as one of the sport’s most iconic trophies, the award was actually a replica of a rosewater dish made by German metalworker Caspar Enderlein. His work had been inspired by a 16th century decorative pewter, used as a rosewater dish. What happened to the dish between 1864 and its first presentation at the Women’s Wimbledon tournament in 1886 is still unknown. One theory is that it was donated by Queen Victoria as a prize, but this is still unconfirmed.

What is shown on the Venus Rosewater Dish?

Interestingly, the Venus Rosewater Dish doesn’t actually depict Venus anywhere on the plate’s decoration. The central image embossed on the dish displays Sophrosyne, a greek figure that represents the concept of having an excellent character and sound mind. These concepts combined with ‘well mannered individuals’, lead to other admirable qualities including temperance, purity, and self-control. She is seated on a chest with a jug in one hand and a lamp in the other.

Other images featured on the dish display Minerva, the Roman goddess of wisdom, curating the 7 liberal arts:  astronomy, geometry, arithmetic, music, rhetoric, dialectic, and grammar. The rim of the trophy is decorated with leaf-like motifs. Unlike the Men’s Wimbledon trophy, there is still room to engrave the names of the winners. The names of the winners from 1884 to 1957 are inscribed on the inside of the dish with the names of 1958 to present on the outside. No winners are allowed to keep the trophy but instead are awarded a ¾ size replica to keep.

It is thought that the dish's name comes from the elegance and style of the trophy (paying tribute to the goddess Venus), and the fact the trophy is awarded to the women’s category.

The Rosewater Dish Controversy: A beautiful trophy, or an outdated symbol of sexism?

As previously mentioned, it is unclear as to exactly why the dish was awarded to Women Tennis champions, and how the association with women’s tennis at all. Some people believe that the difference in the shape of the women’s and men’s trophies have significance.

The role of women in the 1800s (when the trophy was awarded) was to oversee the upkeep of the home and family. One theory is that the plate was offered to signify that the home is where women had the most power. Whether this is true or not has never been confirmed. The image of Sophrosyne representing decorum and purity also ties in with what were desirable qualities to be held by women at this time.

Regardless of the symbolism and controversy, winners of women’s tennis still battle for the trophy as a symbol of their success and it still remains one of the most beautiful and iconic trophies in sport.

Aford Awards are one of the UK’s leading providers of tennis trophies and bespoke trophies to turn heads at your event. Contact us today to discuss your trophy needs.