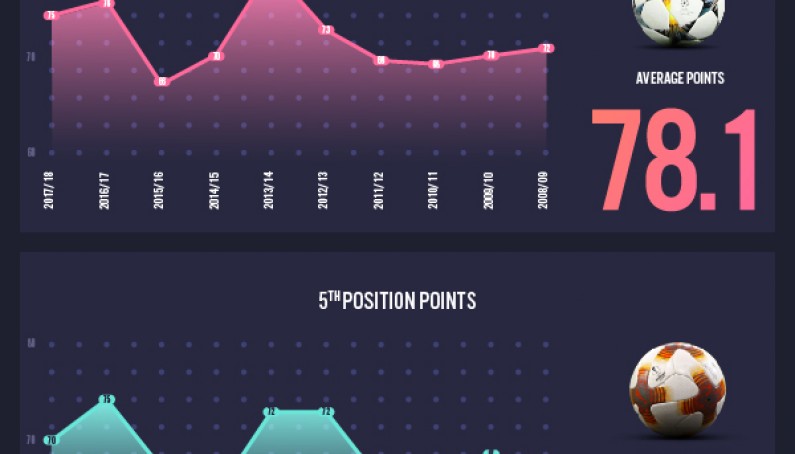 As we edge ever closer to the end of the football season, one of the top football trophies will be lifted in the form of the Premier League trophy on the final day of the season, Sunday the 12th May.

This year the title race is closer than ever, between the attacking sensation of Liverpool, and the always ruthless Manchester City. We’ve looked back at Premier League winning points totals from previous years to work out: How many points does a team need to win the Premier League? Our research shows that 88 points are enough to win the title most years, but will it be The Reds or The Citizens who reach that total this year?

For those supporters’ whose teams are perhaps not lucky enough to be in the race for a trophy this year, we’ve also taken a look at how many points are required for Champions League qualification, as well as Europa League qualification. Will Arsenal claim their coveted 4th position for yet another year? The maths says they need to score a further 18 points from their remaining 8 games in order to do that, with Manchester United and Chelsea hot on their heels.

Looking at the other end of the table, Premier League relegation points to the "40 point" mark as being the required total for safety in the league. Managers love to refer to 40 points as being safe, but how many points are required to avoid Premier League relegation really..? Our research shows that a mere 37.5 points is sufficient for avoiding relegation. For Cardiff City, Burnley and Southampton fans this year, those 37.5 points can’t come soon enough...

Take a look at our Premier League Equation Infographic below!